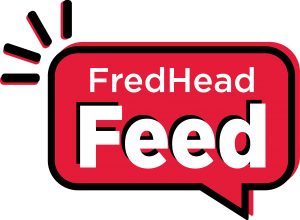 Veterans Day is a meaningful day to us at Freddy’s. The late, great, Freddy Simon, our namesake, was a decorated WWII Veteran, and was proud of his service to our country. Veterans Day has only officially been around since the 1950s but was celebrated a long time before becoming an actual holiday.

Veterans Day began as Armistice Day in 1938. Nov. 11 each year became a legal holiday dedicated to the cause of world peace, primarily honoring Veterans of WWI. In 1954, at the urging of Veterans organizations, the 83 Congress amended the Act of 1938 by replacing “Armistice” with “Veterans.” With the approval of this legislation, on Jun. 1, 1954, Nov. 11 became a day to honor American Veterans of all wars.

President Dwight D. Eisenhower later issued the first Veterans Day Proclamation which stated: “In order to ensure proper and widespread observance of this anniversary, all veterans, all veterans’ organizations, and the entire citizenry will wish to join hands in the common purpose. Toward this end, I am designating the Administrator of Veterans’ Affairs as Chairman of a Veterans Day National Committee, which shall include such other persons as the Chairman may select, and which will coordinate at the national level necessary planning for the observance. I am also requesting the heads of all departments and agencies of the Executive branch of the Government to assist the National Committee in every way possible.”

The Uniform Holiday Bill came about in 1968 and was intended to give three-day weekends to Federal employees by celebrating four national holidays on Mondays: Washington’s Birthday, Memorial Day, Veterans Day, and Columbus Day. The goal was to encourage travel, recreational & cultural activities with hopes of stimulating greater industrial & commercial production. However, many states continued to celebrate the holidays on their original dates. 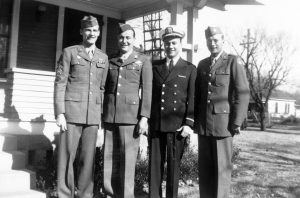 Our namesake, Freddy Simon, served in WWII alongside three of his brothers.

Veterans Day was not observed long under the new law. Oct. 25, 1971 was a day of confusion for many, as it was the first Veterans Day not observed on Nov. 11 since 1954. In 1975, President Gerald R. Ford returned Veterans Day to its former home: Nov. 11, since the date was historically & patriotically significant.

Since Nov. 11, 1978, Veterans Day has been observed on its original date, regardless of where it falls in the week.

Thank you Veterans & all current military personnel!  We at Freddy’s want to do more than simply say “thank you!” We want to give you a small token of our appreciation on Veterans Day.

In honor of our brave men and women serving the United States, this Veterans Day, we’d like to invite all Veterans and current military personnel to any participating Freddy’s location for a special treat. At the register, let the cashier know you’re a member of our military—current or former—and we’ll give you a free combo meal comp card to use anytime between Nov. 11 – Nov. 30. No purchase is required to receive or redeem the special Veterans Day combo meal card.

Got some good shots of your favorite Freddy’s meal and frozen custard? Share it on your social media pages and tag us (@freddysusa)! You may end up on one of our national Facebook, Instagram and Twitter pages!

Where can you go for your Veterans Day Freddy’s fix? Any participating Freddy’s location!

Be sure to download the Freddy’s app to earn points on your Veterans Day meal.